So long FeedbackRA, and thanks for all the fish!

Below is a picture of myself, my business partner, and our spouses on the day we moved into our offices in April 2006. And then a picture of the people in the Feedback Offices today, for one last time (Terence is away in Rwanda on a jobbie). 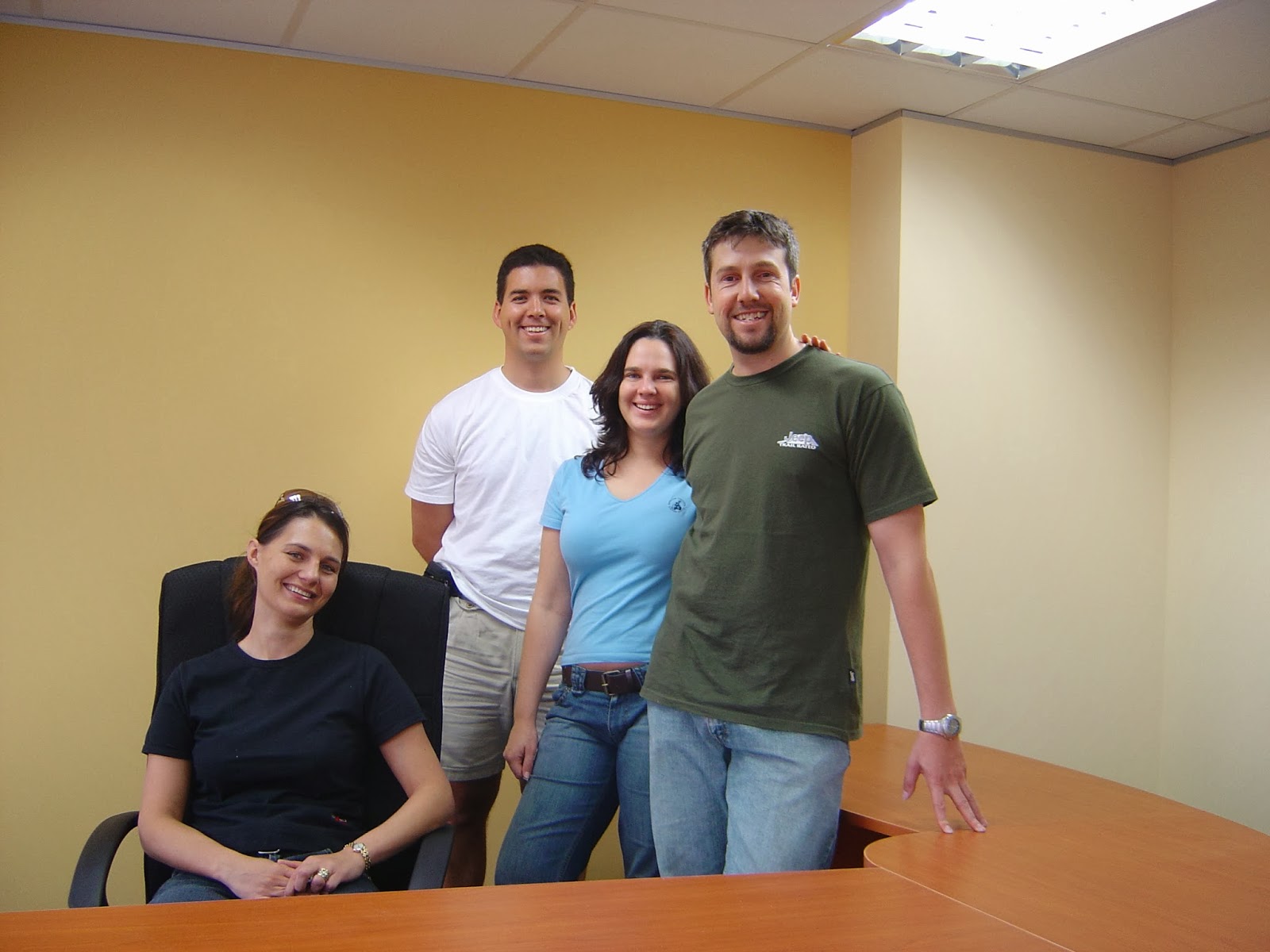 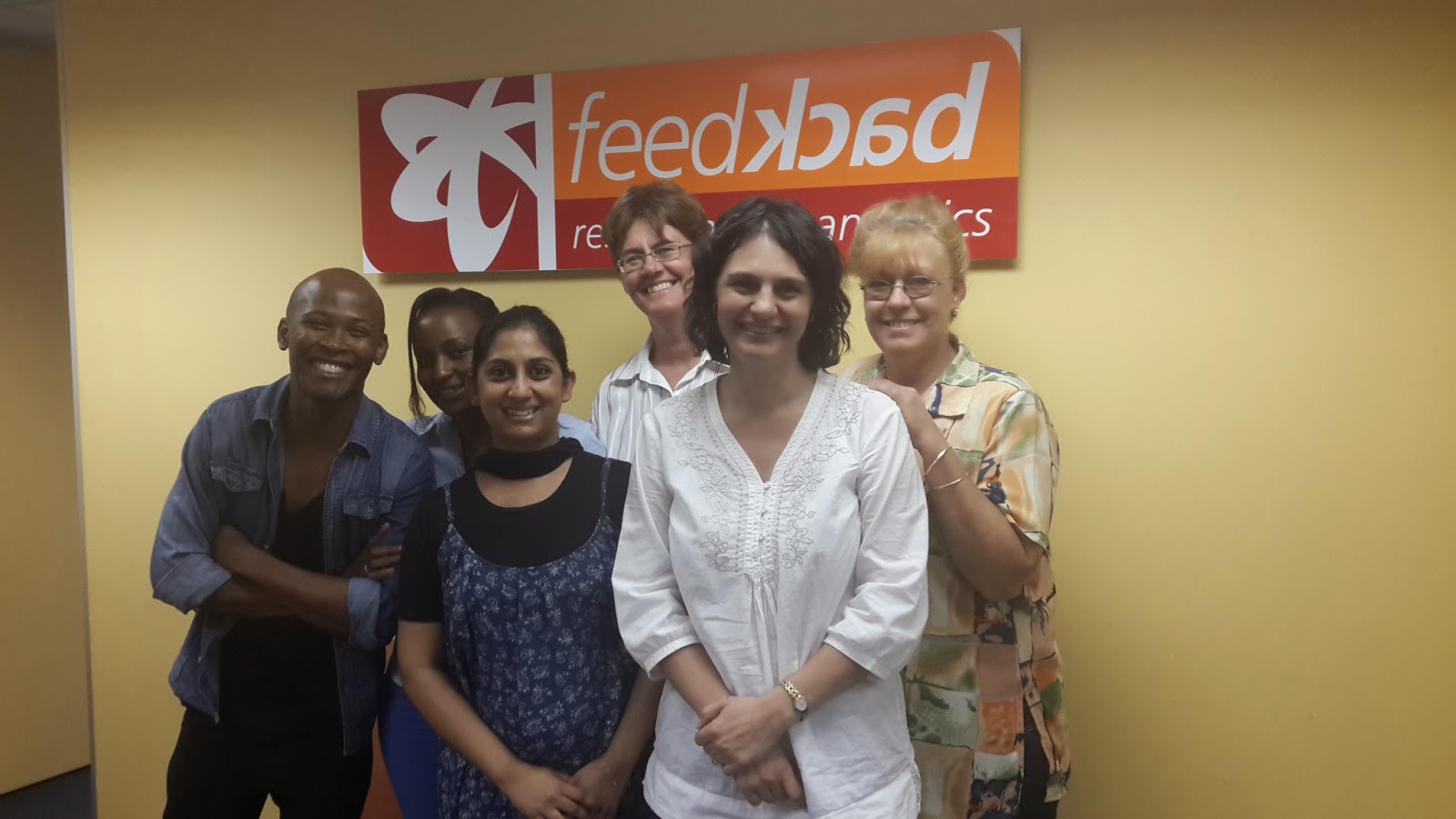 Today is a little bit of a sad day for me. We’re packing up the FeedbackRA offices which have been the place where I practiced my profession for the past eight years. I'm starting at my new offices tomorrow, and it means that my relationship with FeedbackRA is one step closer to dissolving further.

The timeline:
I started the business in 2002 together with two colleagues. Our first job was a survey we did for MTN. Our first evaluation job was for the Gauteng Education Development Trust.

In 2004 I quit my fulltime job to earn my own salary at Feedback. In this year we did a nice piece of research for the Department of Science and Technology, and started expanding our CSI business base.

In 2006 we graduated to proper offices.  We appointed our first employees and embarked on a range of projects that just saw the business  grow – in terms of its focus, our skill and the turnover.

In 2007 and 2008 we did a strategic piece of research on JIPSA, and I got to interview ministers and captains of industry. In this time I was also involved with setting up SAMEA and in 2009 I started to contribute to AFREA too.

In September 2009 I took a step back to reflect on the important things in my life. Up and ‘til 2009 I managed the business and business finances, and delivered as a key consultant, while keeping an eye on things at SAMEA and AFREA. I just couldn’t do it all any longer.

In 2010 I scaled down on my work and volunteer responsibilities, and we got Daleen involved to help us run the business. My life was much simpler after that… but it was still tough, because the business kept on growing. I did some lovely work with colleagues from Stellenbosch on a Public expenditure tracking survey… and I learnt so much from being the “junior” on the team.

In 2010 we started negotiations with a range of other high-profile consultants to see if they would like to join as business partners. We worked together on a few projects, we had a strategic planning session… everything looked good.  Our business was expanding and we decided to take up more office space. We started two big contracts which allowed us the scope to do some longer term planning, but it also opened the business up to risk… because things did not always go according to plan.

In 2011 an advertisement for the only other job I ever thought I’d consider, crossed my desk. I decided to apply, and let my business partners know. We let the conversation with the other potential business partners cool down a bit. After 6 months in limbo, I found out that I did not get the other job, but it took only 1 month for me to realise that what I’ve gained at Feedback was significant enough for me to call it quits. The stress of managing a business and a full consulting plate was just too much. I took on one too many assignments – because a colleague that I respect a lot twisted my arm.  This had bad consequences for me as an individual. I didn’t do my best work any longer.  I wanted to do things well again… I wanted to focus on things that I could do well, instead of just taking on jobs to make sure cash flow was sorted. A week after my decision, I found out I was going to be a mom. So suddenly I had another reason to reevaluate my priorities.

I sold my interest in Feedback RA in September 2011, and handed over all management responsibility to my colleagues. I worked as a consultant at FeedbackRA until April 2012, and then returned on a part time basis on selected assignments from October 2012. In this time I realised that I really preferred working on Education issues, and the area of ICT for Education became my core focus.

Tomorrow will be the first day in our new offices, which is quite exciting. But there is a  side of me that is really sad and nostalgic for what was.

Thanks colleagues, collaborators, clients and friends. Thanks to my family. It is the end of an era, so.... "So long, and thanks for all the fish!"